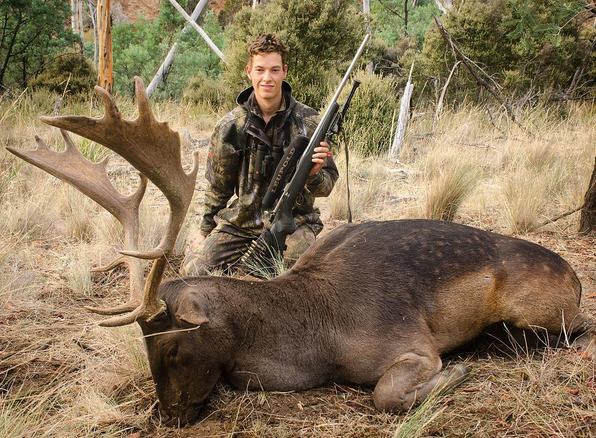 The 2017 Fallow Deer season was different for me. Hunting on a new and unfamiliar property was a daunting prospect but this year I accepted the challenge. I put countless hours underfoot, many weekends were spent searching endlessly only to find one or two does on the odd occasion. I soon realized that this area has a very low deer population, almost non-existent in fact! I knew I had my work cut out to find a male deer, let alone a trophy class buck! Frequently left frustrated and disappointed, I often found it hard to push on. However, I continually motivated myself to persevere even with a lack of animals seen.

After four weekends of letdowns and not a single buck seen, I set out for one final mid-afternoon hunt in a promising looking area. Hunting along the top of a major feeder gully overgrown by wattles and dense eucalyptus canopy, it was dominated with steep rocky cliff faces either side. I was excited. After tirelessly glassing to no avail, I finally spotted this mature chocolate buck marking his territory on the valley floor some few hundred meters opposite me. One well placed shot at 312m stopped him in his tracks, the 87gn Berger VLD hand loads working flawlessly.

THE EFFORT TO HARVEST

Now slinging a 70kg carcass over your shoulders is no easy task for anyone, let alone myself. Combine that with near vertical, 2km trek back to the vehicle made for one hell of a challenge. After everything was done, I was back at the car too sore
to walk another mile.

Solo hunting is not for the faint-hearted, especially in this sort of impenetrable terrain. It’s physically demanding and pushes mental strength to new levels. It’s overcoming challenges such as this that make it all the more rewarding. The effort to harvest, butcher and carry out an animal is often unseen but it makes the 100% free range organic red meat taste just so much greater.

Hunting steep gully systems was a challenge, yet I wouldn’t change it for a thing, it’s all part of it. I don’t hunt because it’s easy, I hunt to feed the growing passion that runs from deep within. 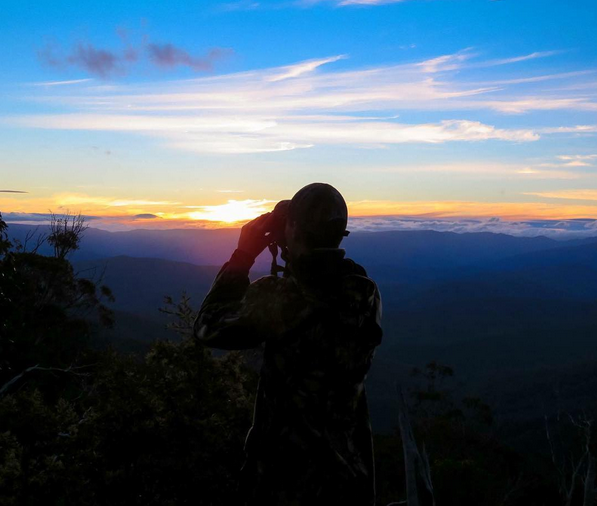 The iPhone 7 Plus Phone Skope is now Available!